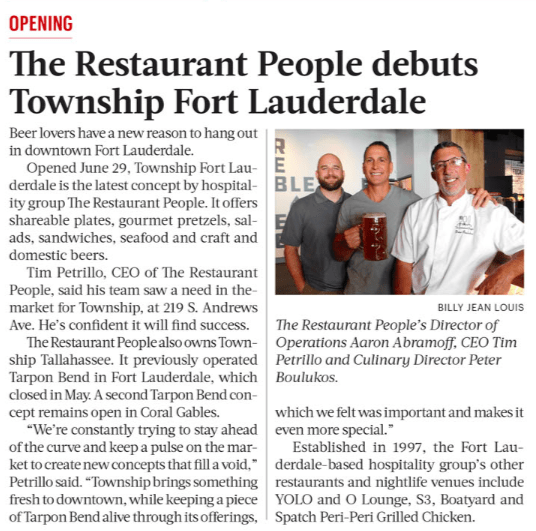 Beer lovers have a new reason to hang out in downtown Fort Lauderdale.

Tim Petrillo, CEO of The Restaurant People, said his team saw a need in the market for Township, at 219 S. Andrews Ave. He’s confident it will find success.

“We’re constantly trying to stay ahead of the curve and keep a pulse on the market to create new concepts that fill a void,” Petrillo said. “Township brings something fresh to downtown, while keeping a piece of Tarpon Bend alive through its offerings, which we felt was important and makes it even more special.”